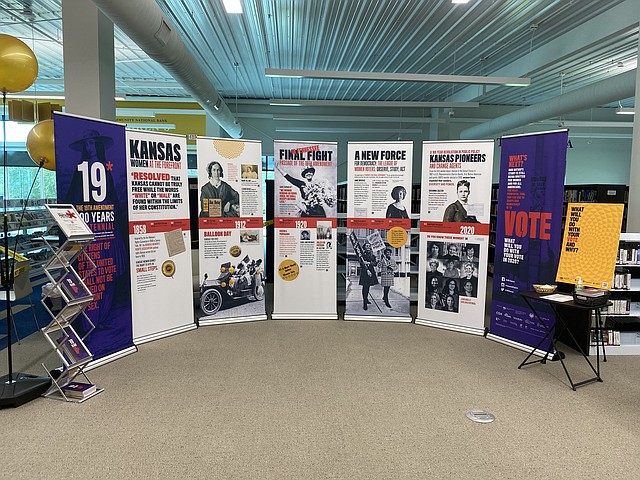 A League of Women Voters traveling exhibit celebrating the 100th anniversary of women's voting rights with the 19th Amendment can be seen this week at Tonganoxie Public Library. The exhibit will be on display at the library through Saturday.

A traveling exhibit that brings to life the history of the women’s suffrage movement in Kansas will visit towns across the state during the next 14 months in celebration of the 100th anniversary of the 19th Amendment. One of those stops is Tonganoxie.