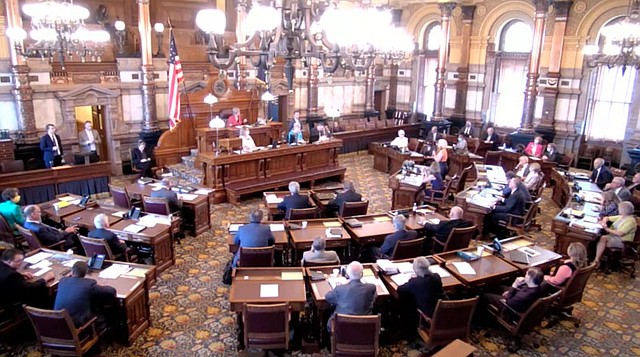 In this screenshot of a video feed from the Statehouse in Topeka, the Kansas Senate votes on the appointment of Carl A. Folsom III as a judge on the Court of Appeals on June 3, 2020.

Democratic Gov. Laura Kelly could have a tough time with the Republican-controlled Kansas Legislature during the last two years of her four-year term after lawmakers’ selection of leaders Monday left no doubt that the GOP’s conservative faction is firmly in control.

The Kansas Senate did not confirm Gov. Laura Kelly’s nominee for the Kansas Court of Appeals, a Lawrence resident and Tonganoxie High School alum, on Wednesday.