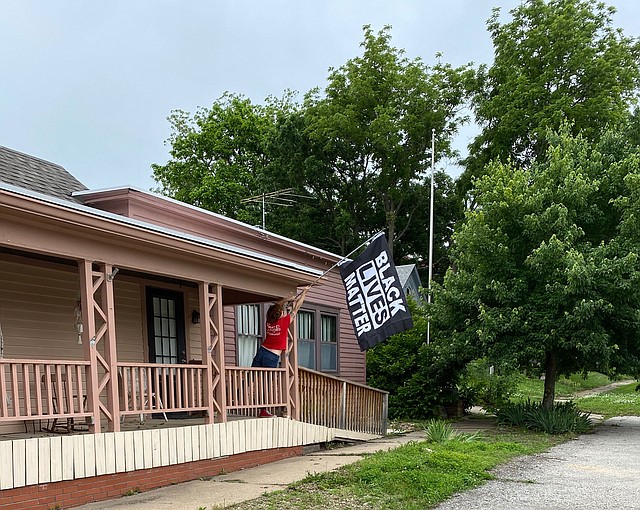 Kate Frick puts up a Black Lives Matter flag May 30 at Myers Hotel Bar. Someone took the flag a few days later

Flag taken from local business despite some positive reaction

Protests, marches and walks continue to take place globally in response to recent police brutality against people of color, most notably the death of George Floyd, a black man who died while in police custody two weeks ago in Minneapolis, Minn. Myers Hotel Bar in Tonganoxie publicly joined that conversation when owners started flying a Black Lives Matter flag on the establishment’s east side. Three days later, it was gone.