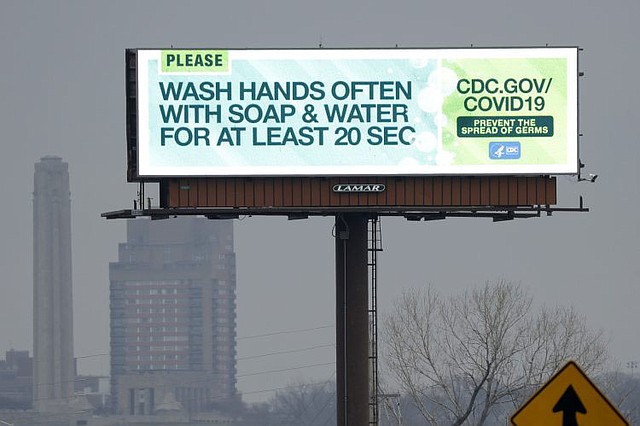 The mayor of Missouri’s largest city has been getting plenty of messages about people not following social distancing guidelines at bars, so he decided to check for himself. Kansas City Mayor Quinton Lucas told the Kansas City Star that on Saturday night, he spent two hours dropping by or looking into eight businesses in the city. His decision to spot check came after a video circulated online showing more than 100 people — most without masks — at an event in the Power & Light District.

Tonganoxie has five new COVID-19 cases since Wednesday, July 8, according to Monday reports from the Leavenworth County Health Department. Tonganoxie had been at 17 confirmed cases, but was up to 22 as of Monday.

New York is now requiring people from three additional states to quarantine for 14 days as more individuals are testing positive for COVID-19 nationwide. Gov. Andrew Cuomo said in a Tuesday press release that Delaware, Kansas and Oklahoma now join a total of 19 states that qualify under New York’s metrics for community spread. Cuomo’s advisory applies to states with a positive test rate higher than 10 per 100,000 residents over a 7-day rolling average, or states with a 10% or higher positivity rate over a 7-day rolling average.

The Tonganoxie City Council will continue to conduct virtual meetings for the time being. City Manager George Brajkovic presented potential precautions for resuming in-person council meetings moving forward, but council members eventually decided to continue with a virtual meeting for the June 15 meeting.

Leavenworth County now is at 94 active cases, according to data the local health department released late Friday afternoon. In total, county has confirmed 117 cases, as 21 have recovered and two have died, the Leavenworth County Health Department reported on its website.

Kansas now has 168 confirmed COVID-19 cases Thursday, an increase of about 40 from the previous day’s report. The Kansas Department of Health and Environment gives a daily report of confirmed cases in the state.

Leavenworth County is reporting additional confirmed COVID-19 cases, as the number now is at 12 as of late Wednesday afternoon. The Leavenworth County Health Department issued a release earlier Wednesday that three additional cases moved the total number to 11. Those cases were all males, one in his 70s another in his 50s and a third in his 30s. “The male in his 70s reported recent travel history,” the report said. “The male in his 50s has no recent travel, but known close contact to a positive case. The male in his 30s had no travel history.”

Leavenworth County now with 5 confirmed COVID-19 cases, including a Tonganoxie case; 3 have had no travel history correlation, health department says

A second COVID-19 death in Kansas was confirmed Saturday, this one in the Kansas City suburb of Johnson County. State health officials revealed the death in a news release meant to update the number of new coronavirus cases in the state and did not give any details about the person who died.