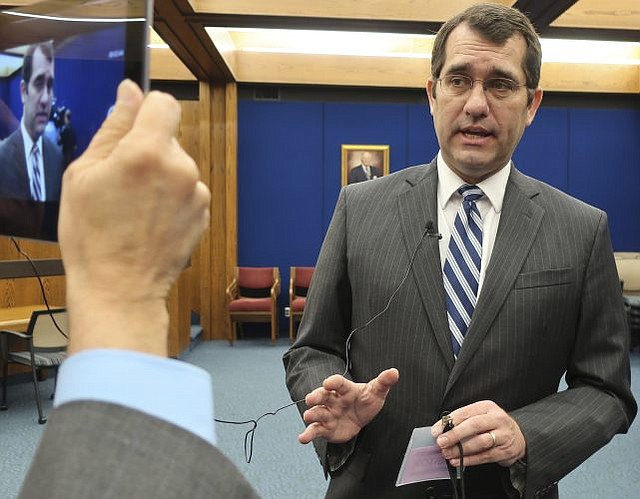 State and local orders still in place for checking the spread of the novel coronavirus in Kansas are facing legal challenges from the state’s attorney general and business owners. Republican Attorney General Derek Schmidt said Monday that he is reviewing whether it’s constitutional for people who violate Democratic Gov. Laura Kelly’s orders restricting business activities to face criminal charges. His office said the GOP district attorney in Reno County in south-central Kansas asked him for a legal opinion.

As many official meetings move online due to help stop the spread of the coronavirus outbreak, the Kansas attorney general’s office has proposed formal rules for state and local governments to ensure their meetings remain open to the public. Attorney General Derek Schmidt said in a recent news release that following the Kansas Open Meetings Act during a declared emergency, when many people are apprehensive and rumors can run rampant, is of even greater important than usual to ensure openness and transparency in the government decision-making process.