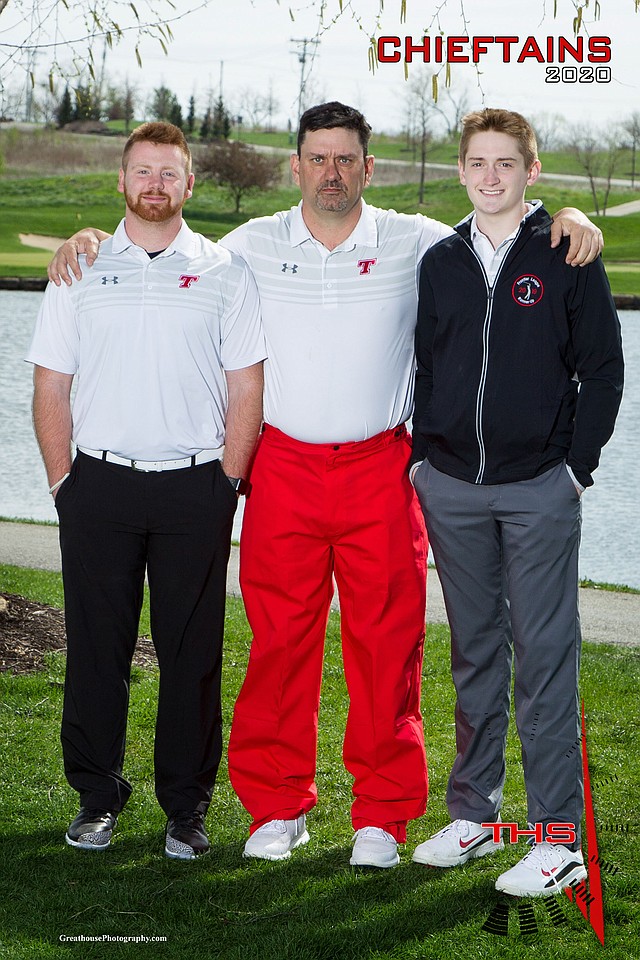 Tonganoxie High golf coach Doug Sandburg stands with seniors Dylan Reynolds, at left, and Jackson Vorbeck, at right, in this photo taken during the boys golf preseason in March. The THS golf team was eyeing a fourth consecutive state golf appearance this year before KSHSAA canceled spring sports due to the COVID-19 pandemic.

Sandburg: Tonganoxie High boys golf 2020 had potential to be year of firsts for program

The most WONDERFUL time of the year was taken from us this year due to the COVID-19 pandemic. We were two weeks into quarantine when KSHSAA canceled all spring sports. I remember the day because I was talking with Jackson Vorbeck and Caeden Woods in the parking lot of Falcon Lakes right before it happened. It came a bit as a shock, but I was upset for all the opportunities the kids would lose. The first lost opportunity was for the seniors, Jackson Vorbeck and Dylan Reynolds. They lost the final season of their high school career and a big chance to make it to state again. Dylan would have gotten his first opportunity at a state tournament, but Jackson would have made his fourth straight appearance at state as part of the team.