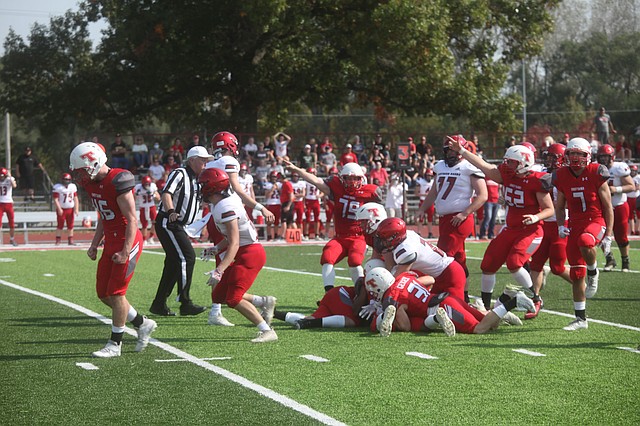 Tonganoxie High football players react to a fumble recovery early in Saturday's game against Southern Boone at Beatty Field. The Chieftains defeated the Eagles, 52-13, and improved to 5-1 on the season.

This year’s Tonganoxie High football schedule, like the rest of 2020, has been anything but normal. Saturday’s opponent, Southern Boone, at least had some similar statistics. Both teams entered the game at 4-1, both squads are not far from Interstate-70 and about the same distance from a college town (Columbia, Mo., and Lawrence). Tonganoxie, though, wasn’t the most hospitable once the game started. THS capitalized on an early SBHS fumble and kept rolling on its way to a 52-13 victory.