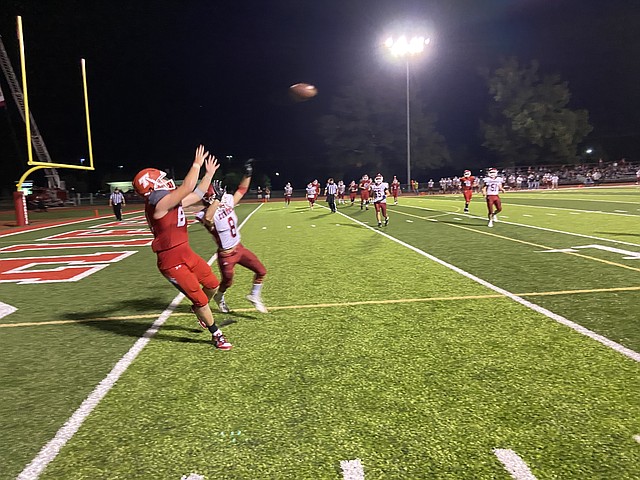 Tonganoxie High's Dallas Bond hauls in an apparent touchdown pass Friday against Eudora, but it was called back due to an illegal player downfield penalty. THS won the game, 52-30.

Chieftains bounce back with league win against visiting Cardinals

Following its first loss of the season, Tonganoxie bounced back in a big way to net a 52-30 win over Eudora in a battle between two area teams on Friday at THS. Senior running back Tyler Bowden carried the Chieftains (3-1), as has been the case for the first month of the season. Bowden piled up 338 yards and five scores off 33 rushing attempts. For the season, the former Free State running back already has over 1,000 yards on the ground.