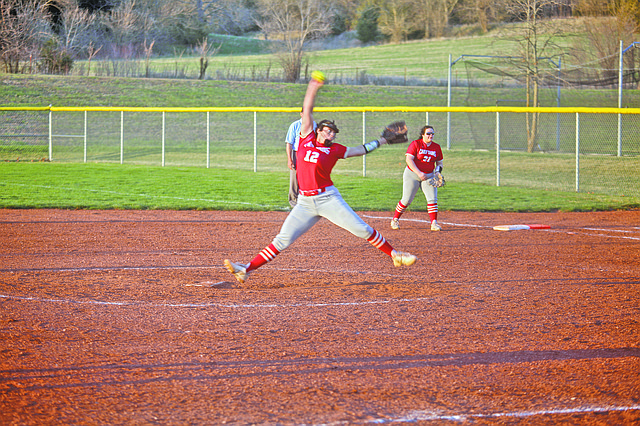 Sarah Mays fires in a pitch Monday during the second game of the season-opening doubleheader against Turner. THS won both games, 17-2 and 7-5. The games marked the first games for the program since spring 2019 with the 2020 season being canceled due to the earlier stages of the COVID-19 pandemic.

Return to the field 'feels good' for Tonganoxie High softball

Tonganoxie High softball resembled a team eager to get on the field Monday after an unprecedented hiatus. THS hadn’t played a softball game in nearly two years and originally was supposed to play Turner on Thursday in Tonganoxie. But wet field conditions delayed that return to the diamond a bit longer. On Monday, the Chieftains were ready to go. Tonganoxie scored runs in every inning and breezed to a mercy rule-shortened 17-2 victory in four innings.