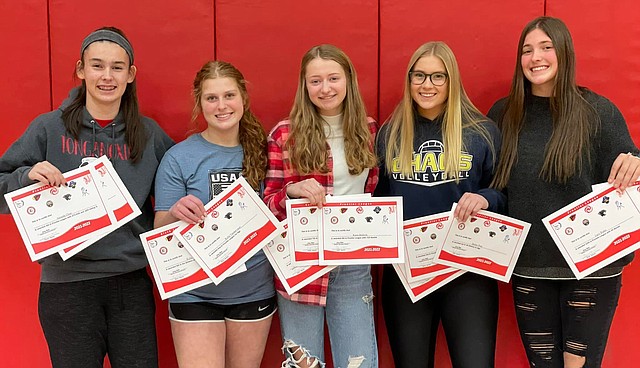 Tonganoxie High volleyball players posted some of the best statistics among area competitors this past season. Junior Kylie Vandervoort, an all-Frontier League honorable mention, was second in the league and sixth in the district in digs with 458 on the season. Fellow junior Amanda Cline finished the season fourth overall in the Frontier League in hitting with a .293 percentage and seventh in blocking with 67 blocks.