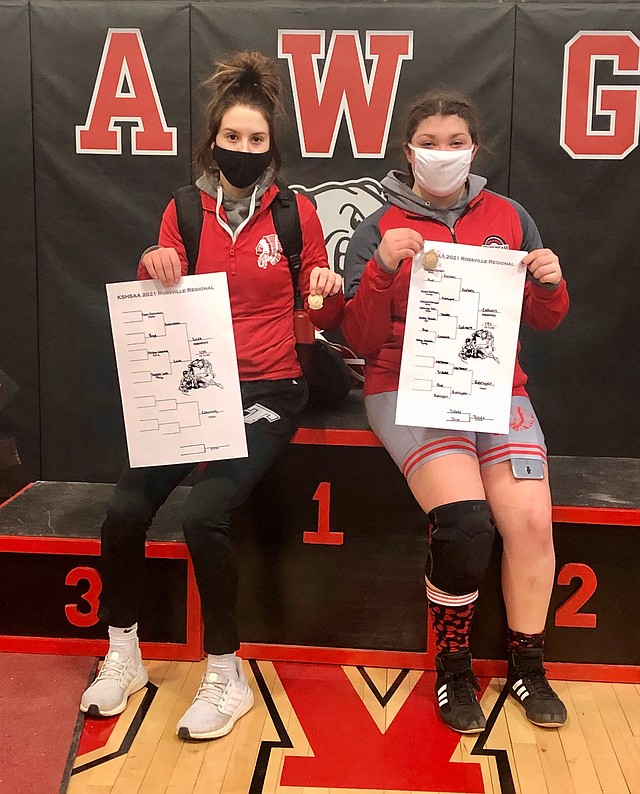 Tonganoxie High girls and boys wrestling teams are competing in Class 4A substate tournaments this weekend. The Top 4 placers in each weight class will advance to state championships Feb. 26 for the girls in Division II and Feb. 27 for the boys in 4A. Both tournaments will take place at Tony’s Pizza Events Center in Salina.

The Tonganoxie High girls wrestling team placed third at a Division II regional tournament Saturday at Rossville and will be sending two members on to substate later this week. THS finished third with 61 points. Baldwin won the meet with 165 points, while Silver Lake placed third with 84.