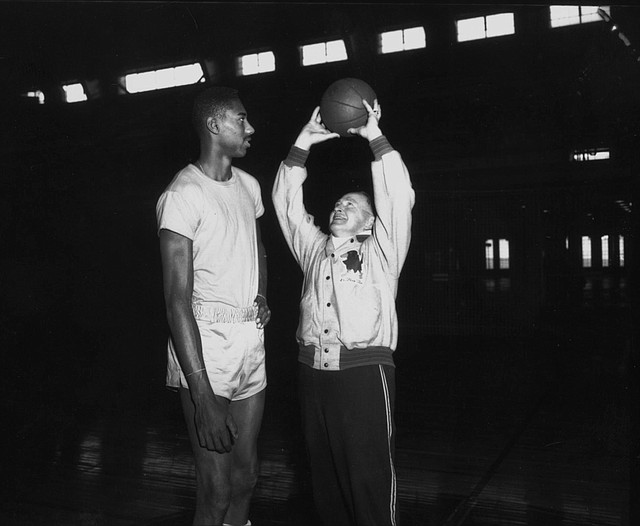 University of Kansas basketball coach Phog Allen holds the ball over new recruit Wilt Chamberlain’s head in an early practice after Chamberlain arrived at KU in 1955 as a freshman. Chamberlain scored 42 points in his freshman opener against the KU varsity.