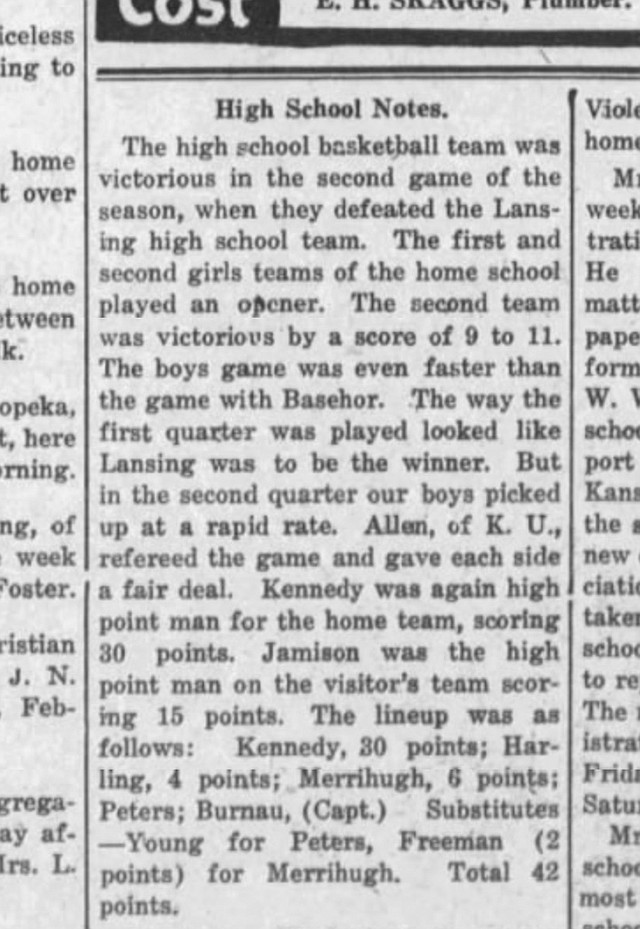 A story published in January 1921 in The Mirror showed that "Allen" from KU officiated a game between Tonganoxie and Lansing.