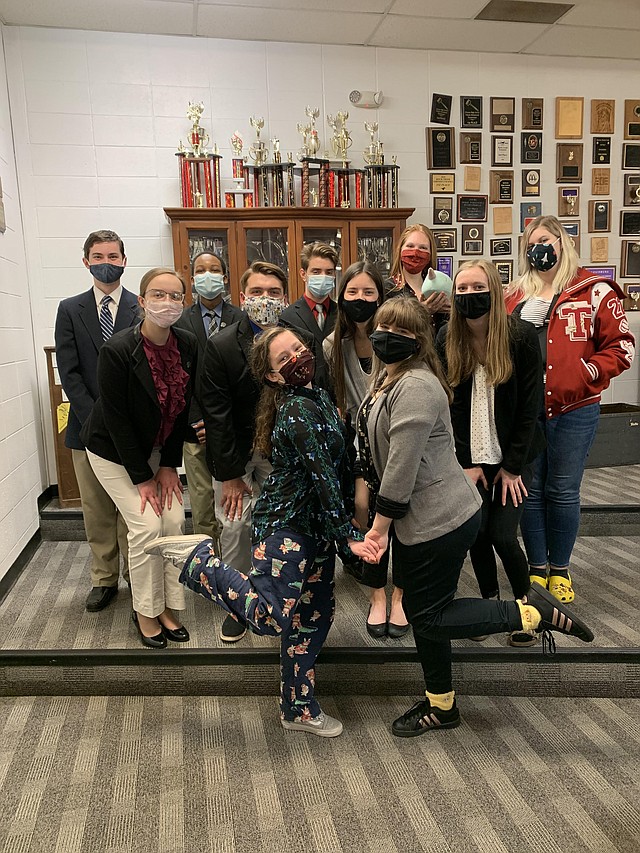 Tonganoxie High School experienced a pretty big weekend during the Class 4A state debate championships and just missed a trophy and additional medals in the process. The 4-speaker team advanced to state by nabbing the final spot at regionals and then turned around and finished fourth overall at state. THS coach Steve Harrell said the team lost by a single ballot, and missed out on second and third places by tiebreakers. Tonganoxie advanced to state with an overall losing record at regionals, but the team regrouped in advance of state Friday and Saturday. Lyons High School hosted the virtual tournament. Harrell said assistant coach Matthew Christensen worked with the affirmative team on a new case and “moved some kids around.”