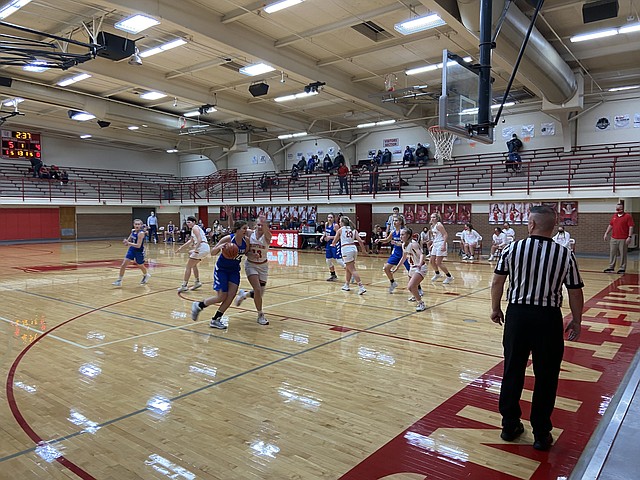 Tonganoxie High senior Morgan Brusven defends against a Holton player driving to the basket Monday in the first round of the Tonganoxie Invitational. THS had an early lead against the Wildcats, but but Holton won the game, 44-21, sending the Chieftains to the consolation bracket. Tonganoxie will play Wamego at 4 p.m. today in the west gymnasium.

Tonganoxie High girls look to bounce back at home invitational

Tonganoxie High girls basketball coach Mitch Loomis didn’t anticipate the first round Monday’s Tonganoxie Invitational to play out the way it did. After all, Loomis saw his team rally from a 16-2 deficit Jan. 12 against state powerhouse Piper and actually take the lead in the third quarter, only to eventually fall by nine, 55-46, to one of the top teams in Class 5A.