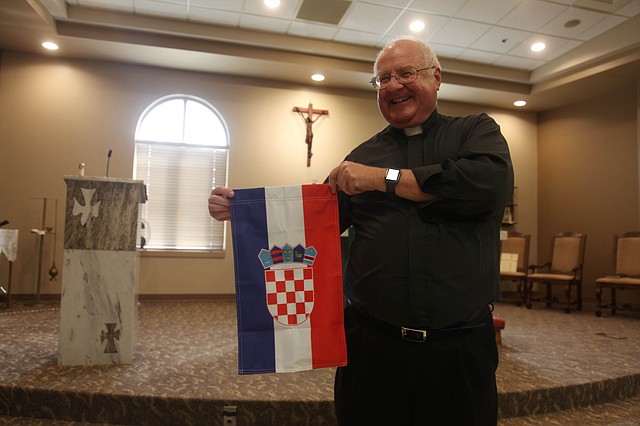 Rev. Mark Goldasich poses with a Croatian flag in this photo from a feature story The Mirror published in July 2018 about Goldasich and others who grew up in the Strawberry Hill district of Kansas City, Kan., rooting for Croatia in the World Cup. That area of KCK has a large population of families of Croatian descent. Sacred Heart Catholic Church will celebrate its longtime priest's 40th anniversary of ordination into the priesthood with a reception Sunday at the church.