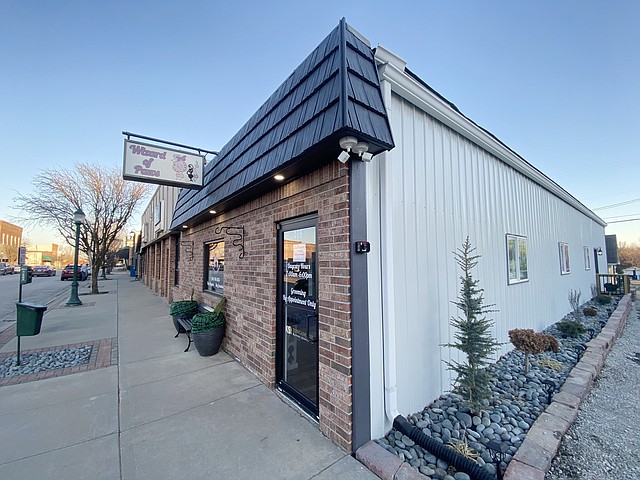 The new Wizard of Paws is at 406 E. Fourth St. in downtown Tonganoxie. The new location is about six times larger than the former space a couple blocks away in terms of usable space.

Humans celebrated Sunday the opening of a new downtown Tonganoxie space that caters to four-legged clientele. Wizard of Paws, which has been in the 600 block of Fourth Street for several years, expanded its business and opened to the west a couple blocks Jan. 2 at 406 E. Fourth St.