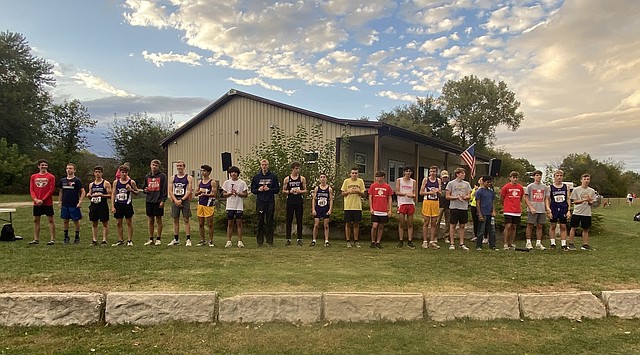 Eli Gilmore captured a second straight Frontier League title Thursday in Baldwin City. The Tonganoxie High junior won the race in 16 minutes, 35.24 seconds, holding off Eudora junior Zach Arnold, who placed second with a 16:38.47 time. The victory comes a year after Gilmore won the Frontier League title with a 17:25.11 time in Ottawa.