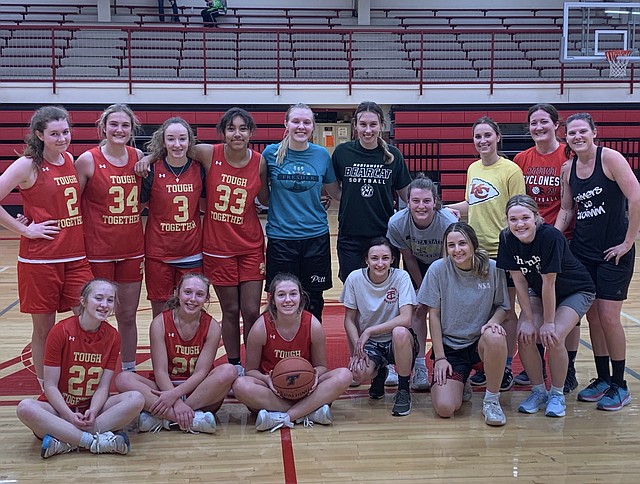 Tonganoxie High girls basketball players gather with alumni this past week. The THS girls team, as well as the THS boys team, had scrimmages against their alumni counterparts as part of winter break practice.

Teams jump back into schedules at Tonganoxie, McLouth

Tonganoxie and McLouth teams are resuming their winter sports schedules now that winter break has concluded. Tonganoxie High boys basketball, which is 4-2 overall and 1-0 in Frontier League play, opened the 2022 portion of the schedule with a home game against Baldwin on Tuesday. The game took place after The Mirror’s print deadline, but the game marked the first of four straight conference games before the Tonganoxie Invitational starts Jan. 17.