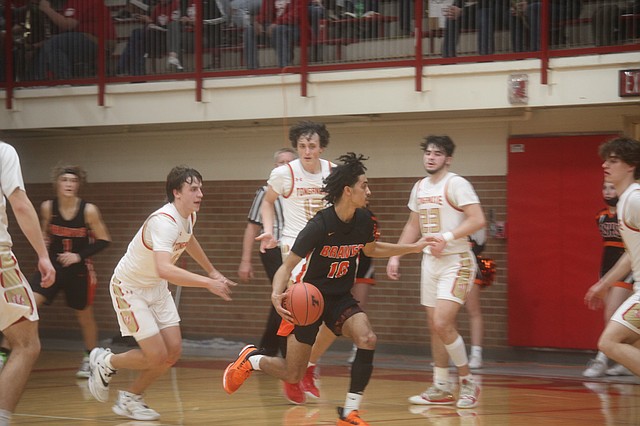 Tonganoxie High players, from left, Andrew Willson, Cuyler Kietzmann and Zane Novotney keep an eye on a Bonner Springs player Monday during the Tonganoxie Invitational Basketball Tournaemnt quarterfinals. Tonganoxie dropped the tournament opener, 69-56, and now will try to get back in the win column in the consolation bracket Thursday and Saturday.

The Tonganoxie High boys basketball team would have preferred to be a bit less accommodating as hosts of their own basketball invitational Monday. THS entered the quarterfinals with aspirations of a championship run, which hasn’t happened in more than a decade. Tonganoxie last reached the finals in 2010 and last won the tournament in 1994. Those statistics will remain intact for at least another year.