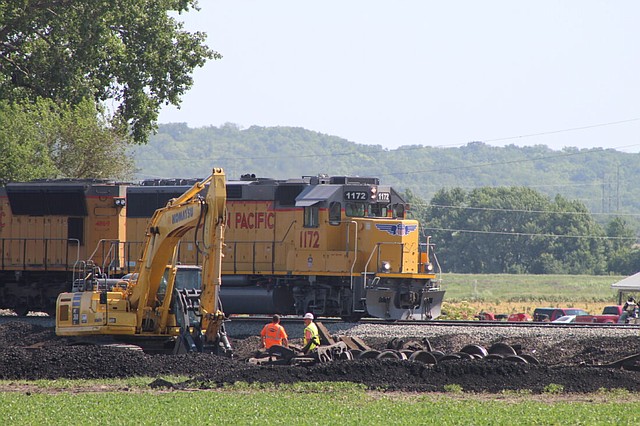 A Union Pacific train runs on tracks north of Lawrence that were repaired over the weekend after a derailment at the location on Friday, June 17, 2022, mangled them and spilled coal.

Trains are running again on tracks that had been seriously damaged Friday when a coal train derailed north of Lawrence. The Union Pacific tracks were repaired over the weekend, and railroad crews with excavators continued to clean up coal and wreckage along the rail line.