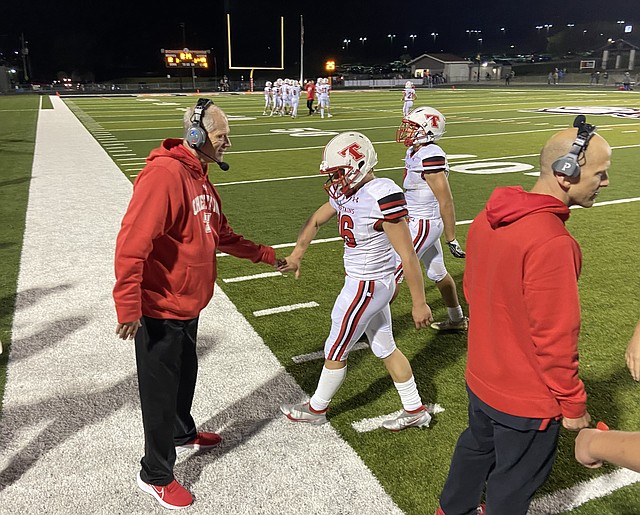 Tonganoxie High coach Al Troyer congratulates Connor Brusven after the running back scored a touchdown this past fall in a Frontier League game at Bonner Springs. Troyer has decided to hang up his whistle and retire from coaching after nearly 40 years, though he hopes to continue teaching.

It’s been a decorated decade of football for Tonganoxie High under head coach Al Troyer, but the longtime coach is stepping down from the post he’s had since 2012. Troyer is retiring from coaching after 38 years, though he looks to continue teaching.