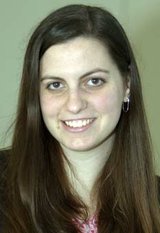 Caroline is a Lenexa native and a 1999 graduate of Shawnee Mission Northwest High School. She attended the University of Kansas, where she worked for the University Daily Kansan and interned with the Lawrence Journal-World. She graduated from the William Allen White School of Journalism in May 2003 and joined the Shawnee Dispatch in September 2003. Caroline briefly worked for the Bonner Springs Chieftain, from January through August of 2004, before returning to the Dispatch as the city reporter. She returned to The Chieftain as news editor from 2010 to 2015. She began covering Shawnee again in 2016 as the education reporter. She lives in Shawnee with her husband and daughter. Send e-mail to Caroline at cboyer@shawneedispatch.com.

Human foosball comes to Shawnee with new business
By Caroline Boyer
July 1, 2016
Brittany McWilliams was intrigued when she kept seeing suggestions for how to play human foosball on social media.
Operation WildLife overwhelmed after mild winter, recent storms
By Caroline Boyer
June 11, 2016
The heavy storms that hit the area this spring did more than flood basements, knock down tree limbs and lead to the frequent mowing of lawns.
New Leavenworth County Annex open house is today in Tonganoxie
Basehor EMS to be delayed
By Caroline Boyer
December 30, 2015
A grand opening and ribbon cutting for the new Leavenworth County Annex will be 2 p.m. today in Tonganoxie. An open house will immediately follow the ribbon cutting. The public is welcome to visit and tour the county’s newest
Planning commissioner files for Leavenworth County commission
By Caroline Boyer
December 30, 2015
Though the election is more than 10 months away, one candidate already has filed for Leavenworth County Commissioner.
Great Midwest Balloon Fest looks for great weather this weekend
By Caroline Boyer
October 20, 2015
Robbie Small has one message she wants to spread: The weather this weekend should be just about perfect for a festival dedicated to hot air balloons.
Face to Face: Basehor home builder Casey Conus
By Caroline Boyer
October 13, 2015
Leavenworth County home builder Casey Conus shares a little about himself in this week’s Face to Face.
High on the hog: Knapp Family Farms to show off pigs on Kaw Valley Farm Tour
By Caroline Boyer
September 28, 2015
At Knapp Family Farms just outside of Basehor, family members have been raising pigs since 1954.
Bonner boutique combines shopping with day at the salon
By Caroline Boyer
September 2, 2015
Rodeo Drive in Beverly Hills is known for its high-end stores, and a new salon and boutique in Bonner Springs is looking to put the “ro-dee-oh” in “ro-day-oh.”
Sideline Chic moves into downtown Bonner Springs
By Caroline Boyer
August 5, 2015
A growing business is staying true to its small town roots by moving to downtown Bonner Springs.
True aim: Bonner Springs couple founds archery club
By Caroline Boyer
July 30, 2015
During an eight-year stint in Phoenix, Kansas natives Kerry and Joanna Heidebrecht, along with their son, Kolton, fell in love with archery. 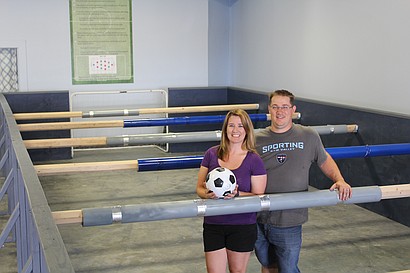 Brittany and Lucas McWilliams of Tonganoxie opened Kick It Foos in western Shawnee in June, providing family-friendly and team-building games like Human Foosball. 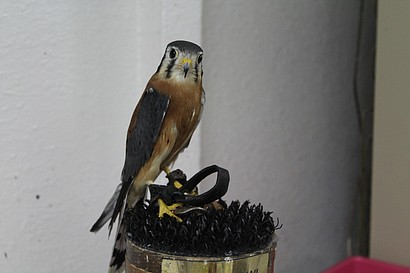 This American Kestrel, named Mr. G, now has a home at Operation WildLife in Linwood. When animals have imprinted on humans or are permanently injured and cannot be released, OWL used them for public education. 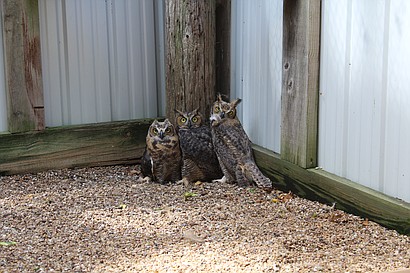 These owls were raised from chicks at Operation WildLife and are now learning to hunt before being released to the wild. 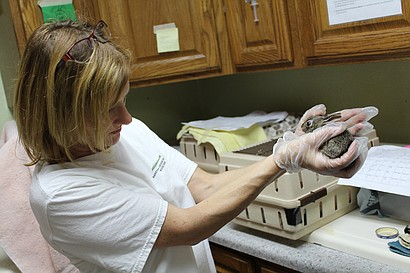 Danna Weddle, volunteer with Operation Wildlife, checks out a baby rabbit at the organization's main facility in Linwood. The organization says recent storms have flooded out animals like rabbits. 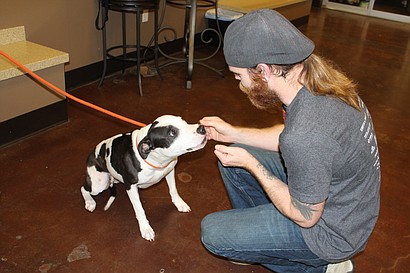 Jacob Meyer, videographer for Great Plains SPCA, interacts with Juniper, a dog up for adoption classified as a pit bull. Juniper now could be adopted by a Shawnee family; on Monday, the Shawnee City Council approved the removal of a city law banning pit bull ownership in the city.