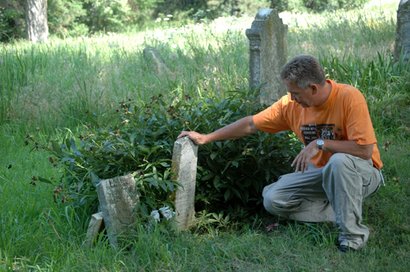 Rick Joyce, the owner of Leavenworth-based Affordable Lawn and Cemetery Care, reads one of many headstones in the High Prairie Cemetery, west of Leavenworth on High Prairie Road. Joyce's company has contracted with several local cemetery and township boards to clean up forgotten or abandoned burial grounds that are at the point of disrepair. 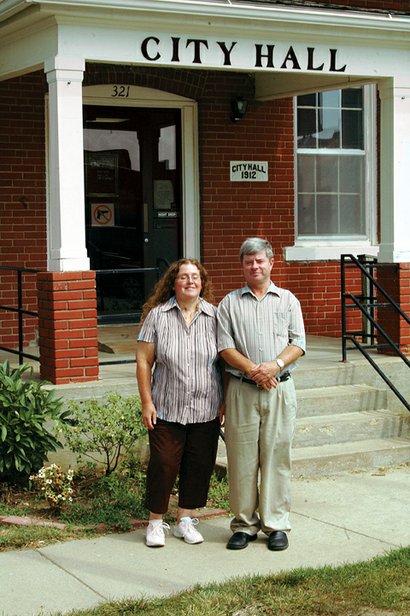 Jim and Diane Truesdell have become regular fixtures in local government in Tonganoxie. Jim has served as a city council member since 2005, and Diane, who has been on the board since 2006, recently was elected as Tonganoxie School Board president for the 2008-09 school ye 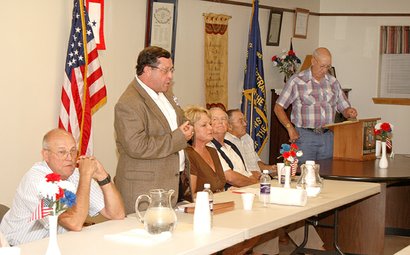 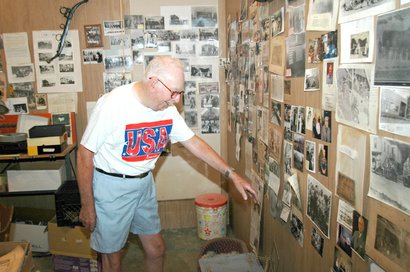 Tonganoxie resident John Lenahan points out a newspaper clipping in his garage on Washington Street in Tonganoxie. Lenahan, who has written three books about Tonganoxie history, also built a "museum" in his garage of clippings and photos from years gone by.