Shaun Hittle is a staff writer with the Lawrence Journal-World

Northeast Kansas in tornado watch
By Shaun Hittle
May 28, 2013
Watch extends to 10 p.m.
Unsolved Kansas murder muse for Ottawa author
By Shaun Hittle
May 28, 2013
An unsolved Kansas murder mystery literally fell into Diana Staresinic-Deane’s hands one day in August 2007.
Father of slain toddler grieves in Missouri jail
By Shaun Hittle
May 16, 2013
Father to serve time in Missouri for burglary conviction
Suspect in Ottawa killings charged with first-degree murder
Ian Cummings
May 14, 2013
Friends and family of the four victims killed in rural Ottawa last week packed a Franklin County courtroom Monday afternoon to see the man accused of the killings appear for a hearing.
Three victims identified in Ottawa homicide; police searching for missing child; “person of interest” being questioned
Ian Cummings
May 9, 2013
Law enforcement authorities Wednesday identified the victims in a triple homicide discovered earlier this week in rural Ottawa, and said they were still looking for the 18-month-old daughter of one of those killed. Police also said they were questioning 27-year-old Ottawa man Kyle T. Flack as a “person of interest” in the case.
27-year-old man arrested in connection with Ottawa triple homicide
Ian Cummings
May 8, 2013
A 27-year-old Ottawa man has been arrested in connection with a triple homicide discovered in Ottawa Monday.
Tonganoxie resident among local men arrested, again, for sale of ‘K2’ synthetic marijuana
By Shaun Hittle
April 4, 2013
A trio of Kansas men, including a father and son from Tonganoxie and Lawrence, were indicted Wednesday in federal court on a variety of drug charges related to the sale of the now-banned synthetic marijuana product known as “K2.”
Man says officials didn’t do enough in daughter’s sex abuse case
By Shaun Hittle
January 22, 2013
Jefferson County resident Terry Snell says his 6-year-old daughter was sexually assaulted by a teenager at a McLouth school in 2011.
Oskaloosa man killed in single-vehicle accident Sunday morning in western Leavenworth County
By Shaun Hittle
January 7, 2013
A 25-year-old Oskaloosa man was killed in a single-vehicle accident early Sunday morning in western Leavenworth County.
Basehor man, 38, pleads guilty in murder for hire scheme
By Shaun Hittle
October 3, 2012
A 38-year-old Basehor man pleaded guilty Tuesday in federal court to attempting to hire someone to kill his wife, according to a news release issued by the U.S. Attorney for the Western District of Missouri. 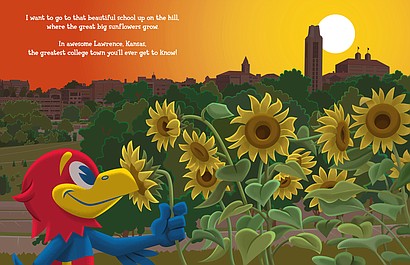 This is a page from "When I Grow Up, I Want to be a Jayhawk," which will be featured next Wednesday, June 29, at Tonganoxie Public Library. 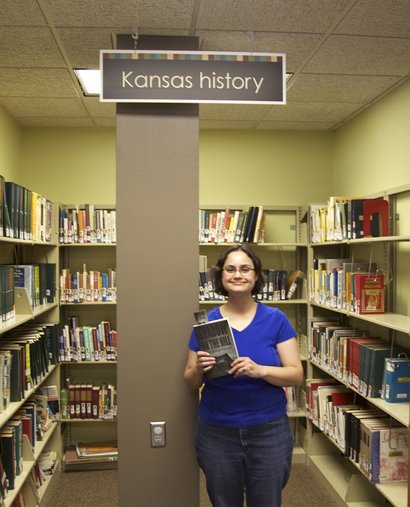 Diana Staresinic-Deane, of Ottawa, penned her first book, about a 1925 unsolved Kansas murder, after finding a mysterious folder at the Emporia Public Library in 2007. 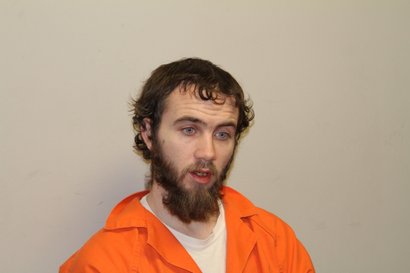